3 Pivots Organizations Need to Survive Into the Future 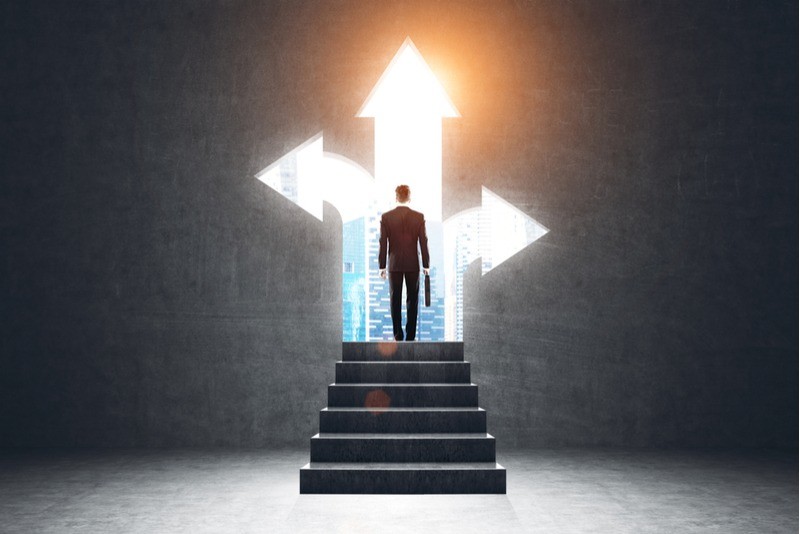 Near the end of my father’s career, the company for whom he had worked for more than 35 years was purchased, and, not so slowly, its assets are drawn off and exploited for use by the parent company.

I remember him telling me about the day that he was on a management recruiting trip in Pennsylvania.  He received a phone call that the company was not going to make payroll that week. He returned home to help usher through the closing of the company and be the last executive remaining as he handled the outstanding employee medical and benefit claims against the company. It was a sad day for him. He had worked for the company his entire career.

My dad’s story is not unusual.

It is symptomatic of the time we are living in. I thought of my father as I watched the much under-appreciated film The Company Men, a story of executives and their families coping with change as their corporation goes through a series of downsizes simply to raise the share price. Like my father’s experience, the film illustrates a very common experience of change.

Here’s a clip of a meeting where decisions are being made as to who is to be let go.

Downsizes are an all too common experience.

Even with a nice severance package, the emotional trauma of being fired is something that doesn’t quickly go away. What lies behind this approach to quantifying the value of a company is a way of thinking about organizations that I believe is ultimately destructive rather than a path to sustainability.

The logical outcome of this way of thinking for over a century narrows the value of a company to something short term and specifically related to its financial value.

We are in a time of global transition in all aspects of life. Short-term, reductive, passive-aggressive, and reactive thinking is not going to lead us into a new era of peace and prosperity. Instead, we need to realize that this approach is failing and that we need a new way to think about how organizations function.

It must start with the willingness to be different, to think differently, and invest in changes that provide for long-term development.

The ancient Greeks had a word for change: metanoia.

Literally, it means a change of mind, but it has come to mean something much larger and more comprehensive. Metanoia points to a change of orientation, perspective, and direction.  There is a sense in the meaning that a change of mind is accompanied by some regret. Change, it suggests, is a choice to follow a different path. People can choose to turn toward different values and new ways of expressing them.

Metanoia is a change that embraces the whole person, the mind, feelings, and will, and is expressed in an action resulting in transformative change.

This change of mind is an awareness that the path we have been on is no longer sustainable. The nature of this redirection means that the recent past is no longer an adequate guide for understanding what we must do in the future.

The continuity between the recent past and the near future has broken down. This is a turning point for us. The 20th century may provide our most immediate experiential memory, but for the purpose of understanding the future, it is now ancient history.

Reflect upon the attacks on 9/11, our response to them, the 2007 financial crisis and subsequent global recession, and the global turn towards nationalism and isolationism. Can you see how the tried-and-true methods of the last century have not worked? Neither peace nor prosperity is being restored. In fact, the world is less peaceful and prosperous than it was a decade ago. Foreign-based terrorism may be contained upon our shores, but it still festers in places of poverty throughout the world. Tensions between adversarial world powers are perilously strained.

Fear, doubt, and diminishment in the confidence in our leaders and institutions are increasing.  Greater diversity, interconnectivity, and, yes, even greater business efficiencies, are not answering the question about what it is that we must do.

We are now at a crossroads that requires metanoia, a change that is comprehensive and whole. This change of mind requires us to begin to see businesses as whole organizations, rather than as a collection of interchangeable, disposable, transferable, and value-specific parts.

The company in The Company Men was dying because, like my father’s company, it too was just a collection of assets to be exploited. There is no future in this way of thinking. To have a future requires us to change our minds and see things differently.

To change our minds, we need to make Three Turns of perception, understanding, and orientation.

In The Company Men clip above, Tommy Lee Jones’ character raises questions about the selection of people to be let go. His response, that there is an ethical question involved, is met with a legalistic answer.

By reducing the decision to a question of share price and what is required under the law, the company is not just making a business decision, but also a moral choice.

What is a company that no longer manufactures its products?  Is it now a money machine for its shareholders as long as the money holds out?

The moral turn is first and foremost about the purpose or mission of the company.

Every organization exists in a context that is greater than the sum of the parts of the organization. There is a culture that is physical, ideological, technological and social.

For example, what distinguishes an insurance company in London from one based in Sao Paulo or Detroit: geography and culture. Yes, they both offer insurance plans. Yes, they both have customers. Yes, they both generate revenue. The difference is the local context that helps to define the culture of the business.

As a result, a company is not primarily its mission or purpose, but its values that are embedded in ideas and relationships within the context, culture, and structure of the organization.

Values permeate the whole of the business, including those persons and organizations outside of the business who are influenced by it. Values inform its purpose, its vision of impact, its relationships with all those who are touched by the company, and how the company measures its impact.

The mission of a company is a product of its values.

When the purpose of the company is more than its financial value to shareholders, it is no longer just a reservoir of assets to be exploited, but a context in which to create the future.

The moral turn that a company needs to make is to reaffirm its values and reestablish its mission as the driving force of the company as a whole.

When the value of a company is reduced to its share price, the company loses the value that exists within its social structure. Not every member of the organization benefits from a rise in the share price. As a result, the company fragments into internally competitive parts to see who will survive the company’s disintegration.

In The Company Men, when Ben Affleck’s character is fired, the stated reason is that his position is redundant. In effect, the company was recouping a cost that it viewed was exceptional rather than necessary.  The company also loses in this kind of fragmenting of the social structure of the business.

Affleck’s character was not just a person in a cubicle but was a connection point in a network of relationships that provided information and influence beyond the company. The value may be redundant, but it is a redundancy that creates strength and resilience, not weakness.

Social fragmentation is not just found in businesses, but in the global society at large. Its destructiveness finds its way into companies and organizations, weakening their ability to marshal the talent that exists.

The Social Turn is one that values relationships of honor, respect, humility, trust, and mutual reciprocity. These values function to create a social fabric that allows for diversity and interconnectivity that creates the sustainability that businesses and communities need.

The industrial model of business was conceptualized around the idea that a business is filled with a few smart people and a lot of laborers. The world has changed, yet the structures of organizations have not.

Still, the structure is a hierarchy of decision-makers “leading” a larger number of decision-implementers.

This approach does not work as well as it once did. Here are just a few reasons:

The Structure Turn taking place elevates personal initiative, network collaboration, and adaptive learning as the keys to the organization and leadership of businesses.

Instead of a structure organized around compartmentalized roles and defined areas of responsibility, the emerging structure is an open environment where the skills and resources needed for the work of the business are acquired through a network based on relationships. In this structure, each person is responsible for the whole of the project, not just their segment. Each person can function in the role of leader, while not having a title as one.

In this networked structure, the premium skills are placed upon thinking skills that are both analytical and intuitive. Leadership ceases to be a title and becomes a set of behaviors and attitudes that all share. For the character of this kind of leadership to take root, it requires changing an organizational structure rooted in 20th Century corporate thinking.

The Structural Turn pivots toward an organizational culture where people are free to create and contribute, to communicate, to initiate and to pitch in where they see a need. Instead of being doers assigned responsibilities, they are facilitators and problem solvers.

In many companies, this kind of structure is developing. However, it must happen at the senior level for the turn to be successful.

How would the company in The Company Men function differently if they operated under a network structure?

The central message of the Three Turns is for your mission to drive change in the organization, centered around values that unite people to create a shared company culture of trust, personal initiative, and a desire to contribute to the company’s success. When this happens, the turn from a hierarchical structure to a network one can take place as a natural evolution of the company.