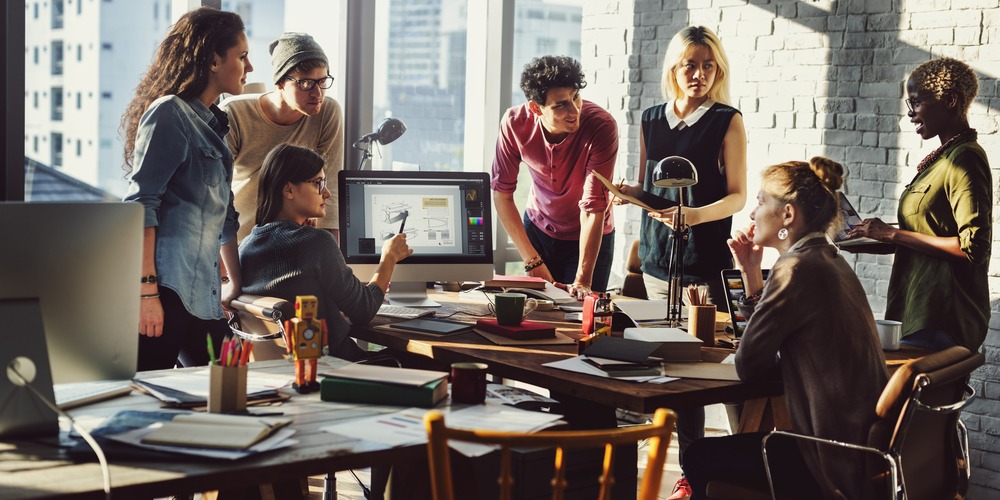 One of the strange myths of the modern world is that progress is inevitable and always leading to a better world. This idealistic ideology is the principal ideology of almost all institutions in the world today. It is such a powerful belief that it is held with genuine religious fervor.

I am not of this tribe. I am far too analytical to believe in the inevitability of progress. My skepticism can be captured in the thought of two different organizational thinkers, Laurence Peter and Joseph Tainter.

Laurence Peter is known for The Peter Principle. Here is how Wikipedia describes his theory.

The Peter Principle is a concept in management developed by Laurence J. Peter, which observes that people in a hierarchy tend to rise to their “level of incompetence”: employees are promoted based on their success in previous jobs until they reach a level at which they are no longer competent, as skills in one job do not necessarily translate to another.

The Peter Principle states that a person who is competent at their job will earn a promotion to a position that requires different skills. If the promoted person lacks the skills required for the new role, they will be incompetent at the new level, and will not be promoted again. If the person is competent in the new role, they will be promoted again and will continue to be promoted until reaching a level at which they are incompetent. Being incompetent, the individual will not qualify for promotion again, and so will remain stuck at this “Final Placement” or “Peter’s Plateau.”

Joseph Tainter is known for his Collapse of Complex Societies. Here is how Wikipedia describes his theory.

According to Tainter’s Collapse of Complex Societies, societies become more complex as they try to solve problems. Social complexity can be recognized by numerous differentiated and specialised social and economic roles and many mechanisms through which they are coordinated, and by reliance on symbolic and abstract communication, and the existence of a class of information producers and analysts who are not involved in primary resource production. Such complexity requires a substantial “energy” subsidy (meaning the consumption of resources, or other forms of wealth).

When a society confronts a “problem,” such as a shortage of energy, or difficulty in gaining access to it, it tends to create new layers of bureaucracy, infrastructure, or social class to address the challenge. Tainter, who first identifies seventeen examples of rapid collapse of societies, applies his model to three case studies: The Western Roman Empire, the Maya civilization, and the Chaco culture.

Hierarchical organizations grow because they are good at solving problems. The more problems solved the more solutions to be sustained. And they are sustained through the increase in administrative functions. Who fills these administrative positions? People who rise through the ranks of a bureaucracy to settle in a role where their inherent incompetency has a chance to be demonstrated.

This isn’t an attack on people who are administrators. It is rather the recognition that organizational structures have a life apart from the decisions of leaders. No one ascends through an organizational hierarchy looking to find their level of incompetency. I seriously doubt that people are hired or advanced for this same reason. Instead, what we have here is an illustration of the law of unintended consequences.

Tainter’s contribution to this perspective is that hierarchies do not grow without complication and eventual collapse. What is collapse? According to him, it is “a radical simplification of an overly complex system.” I highly recommend watching his presentation, “Why Societies Collapse – and What It Means For Us.” Tainter also states that his research has not shown any civil society that voluntarily simplified itself. Unlike progress, collapse is inevitable.

If both The Peter Principle and the Collapse of Complex Societies are valid enough for us to consider their implications for our future, then we have a problem. Because of the global pandemic, dramatic changes have been thrust upon organizations. People worldwide long for a return to normal. But we find that there are two new realities that must be addressed if even a new normal can be achieved.

The first reality is how global organizations function. I wrote about this in my book, Circle of Impact: Taking Personal Initiative To Ignite Change. The concept that I presented there is the Two Global Forces. There is the global force of centralized governance and finance and the global force of decentralized networks of relationships. While they are not necessarily mutually exclusive to each other, there is tension between them. We can see this tension being played out in real-time. One of the effects of the pandemic was the shut down of global supply chains. One of those effects is the lack of availability of the microchip technology needed to operate automobiles. The vast majority of those units come from one factory in Taiwan. Here we have a situation where the centralized sourcing of one part out of tens of thousands of parts in a vehicle impacts the entire industry globally. This is one example of many where the collapse of global supply chains has a ripple effect throughout the world. Centralization has been seen as a solution to the high cost of manufacturing. Now we can see that it has unintended consequences when circumstances dramatically change.

This leads to another problem that I believe we can not only solve but can contribute to the delay of societal collapse.

If The Peter Principle is a valid representation of the administrative sector in many organizations, then we have people who are inadequately trained for this new virtual/ hybrid organizational world. Organizations still operate upon the principle that leadership is a role and title within the hierarchy. As a result, we have leaders and followers. However, if people are going to be operating remotely most of the time, it would seem wise to begin to rethink what work within an organization should be.

I have been involved with leaders and leadership for over a half-century. My experience points to the inadequacy of the role/title model of leadership. Instead, we need to treat leadership in terms of its human function. I get at this by seeing that “all leadership begins with personal initiative to create impact that makes a difference that matters.” The executive leadership bias is blind towards human functioning in organizations. For this reason, we can train and support people in taking leadership initiative. Ironically the principal way to do this is to train them to solve their own problems.

When people solve their own problems, they also gain skills in communication, collaboration, and innovation. All are leadership skills that everyone needs to acquire regardless of the position that they have in the organization. What, then, is the impact of this approach to leadership. In simple terms, it moves an organization from being leadership starved to being leader-rich. More definitively, it decentralizes the capacity of an organization to solve its problems. I saw this effect in an organization that I served many years ago. Small problems flowed up through the hierarchy to the vice-president’s desk. By then a problem had turned into an issue between the company and the union. When the company implemented a program to train and support all their employees in practicing these leadership skills, the trust level in the company grew, ultimately gaining the awareness of Forbes magazine in their annual list of most trustworthy companies. This is the potential that results from elevating the leadership capacity of people.

I have written about this recently in two new leadership guides, May Your No Be A Yes: A Guide to Making Better Decisions and Solving Problems: A Guide to Being a Person of Impact.

It seems like we are living in a time of growing centralization and authoritarian control in societies around the world.  However, I believe Laurence Peter’s and Joseph Tainter’s perspectives are worth consideration. As i have reflected upon the context that we are currently in, I believe now I the time for businesses to shift their leadership priorities from the executive suite to the entire hierarchy of the organization. If Peter and Tainter are right, we are going to see a collapse in the capacity of organizations to continue to function as they did for the past hundred years.

Granted, it is the most difficult decision to give up some power by distributing it to the periphery of the company. It is hard because it demands that we trust people, and maybe more importantly trust ourselves that we can change. The key structure to develop apart from a new and revised system of training and supervision is the function of a network of relationships. These networks cannot be mandated, only encouraged to form, and facilitated to grow. They become dispersed centers of communication for information sharing, support, and new ideas. I am involved in many networks around the world. Because of these relationships, my perception of the future is different.

The time is now to change how we want to see the world. Do we follow without knowing why? Or do we develop our creative selves to solve problems that make a difference that matters? If you are absolutely happy with the way your organization, your community, and your life is going? Then don’t change. But if there is the least bit of doubt about the future, then now is the time to look deeply as to how to elevate your own leadership capacity in preparation for helping others do the same.

If you need to talk, just ask. You can count on me pointing you to an Impact Day process. There can be no change nor solutions to our problems without asking questions. If you are ready I am. If you need to know more, read Circle of Impact, and the other leadership guide books that I have written. All change begins with self-understanding. Now is the time to start.