The Layers and Silos Problem 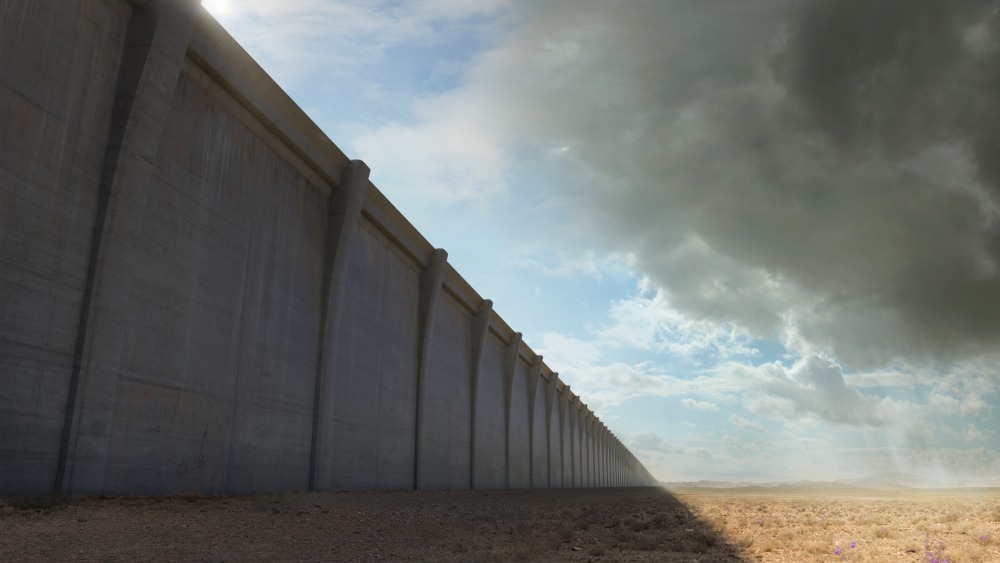 Traveling inevitably requires crossing borders. In 1981, I traveled to Pakistan to spend the summer as a volunteer refugee worker helping Afghan people and their families who had fled the war with the Soviet Union. We looked for small encampments of people in need of shelter, food and clothing. That experience informs my understanding of global society today.

Many times our travels took us to the border of Pakistan. We looked across to a mountainous terrain that looked the same whether the neighboring country was Afghanistan, China or India.

One day, at the Torkham border crossing along the Khyber Pass, we sat under a grove of shade trees watching people and vehicles cross the border of Pakistan into Soviet occupied Afghanistan. Sitting there we watched a young boy with a herd of goats pass by us, descend into the dry river bed which marked the border, and climb the hill on the other side. In that moment, we talked about seeing the modern and ancient worlds blend into one. In the modern world, borders are about control of the flow of people, goods and information. In the ancient, no such control was possible. There was always someone to point a different way to go.

From Borders to Layers and Silos

There is a more practical difference here. Power and control are established by how organizations are structured. Instead of borders, there are layers and silos to divide the territory of the organization.

The layers of an organization represent, in a very simple way, the difference between executives, managers and workers. The layer is designated by their titles and roles. It is out of this way of structuring an organization that we define leadership as a role or a title, rather than how people function within their lives and work. In doing so, we are admitting that structure is central to how we see ourselves.

An attempt to solve this problem was tried through flat structures. But corporate structures are not flat, cannot be flat and resist ever being flat. Power and authority are hierarchical in modern organizations and societies. Though most problems in corporations are caused by its structure, the solution is not.

In my book, Circle of Impact: Taking Personal Initiative To Ignite Change, I present a perspective called The Two Global Forces. My description from the book.

Two global forces are at work in this change, pushing and pulling against each other. The first is the pull to centralize global institutions, particularly those in finance and governance, into one integrated system of operation. This is the apex of the 20th-century hierarchical organization, where centralized control for planning and management efficiency is a prime organizing principle.

The other force pushes back through networks of relationships that distribute decision-making and management in a decentralized way. The scale and spread of global collaboration through networks of individuals is solving problems in the developing world, which a generation ago was not possible. This collaboration evolution creates an environment where we both lead and follow. Instead of a pyramid of hierarchical authority, imagine a web connecting people together from every direction for sharing solutions and new ideas and creating change.

The tension between these forces illustrate the conflicts that we are witnessing across the globe. Look at the independence movements in Great Britain (Brexit), Spain (Catalonia), and other nations where movements have formed, yet without violent confrontation. The conflict in Hong Kong between protesters and police is a vivid picture of the forces of control and freedom. I previously wrote about this conflict of the Two Global Forces in Hong Kong here.

The Two Global Forces also function at the local level. There is the centralizing force of control at the executive level. There is a decentralized network of relationships that exists hidden in plain sight.

The network is the culture of a company. The trend for executives to create the culture of their companies is really just another attempt to control all the facets of the company. It is a recognition that there is a culture. However, because of their vantage point within the organization’s structure, they cannot see the network of relationships that have always been the source and location of the company’s culture.

The network of relationships that exists is a “persistent, residual culture.” It is a culture of belief in the company and in one another. It persists in spite of the strength or weakness of the corporate leadership or the performance of the company. It is possible to destroy this network culture. However to do so is an act of treason against the values and purpose of the company.

The executive level can either ignore this culture or join it. It cannot create it. In joining it, it can grow it, enrich it, and expand its impact. The executive level of a company is not structured to be a network of relationships. Its purpose is to govern. The same difference can be seen in whether a state government governs for the people or against the people.  There is always a choice because a company’s network of relationships is where the human dimension is found.

When organizational layers and silos harden into defensive enclaves of executives and managers defending their turf, the persistent, residual culture of the network remains. It exists in the informal exchanges that people have with one another, even when not allowed to function within the formal structure of the business.

Businesses are not agile, for example, because they have an agility strategy. They are agile because the culture of relationships is where agility is practiced. One of the key insights of the Circle of Impact is that organizations are structure-centric rather than impact centric. Increasingly, as the future of the world unfolds, those organizations that remain hardened in their layers and silos will lose ground. Executive leaders can choose to align their company’s values and purpose with the persistent, residual culture of the people, with the result that a leadership-rich culture of impact is born in the network of relationships.

To reform corporate structures requires more than the recognition and support of the persistent, residual culture of the network of relationships. Upon that foundation, the development of the leadership capacities of personal initiative to solve problems, communicate more broadly and to innovate better ways of work can be accomplished. This is what a Circle of Impact leadership structure looks like. A network of leadership initiators advancing the organization together.

I am convinced that the force of centralization is failing. The Soviets never conquered the tribal network of Afghan resistance fighters. They left and then a generation later, another military force led by the United States arrived only to discover that the power of networks remains a highly resilient counter force to larger more centralized forces.

The force of decentralization that exists in networks of relationships explains to me the violent reaction to independence movements by global legacy institutions. I see the same happening in corporations that cannot see the transition our world is in. The inability to adapt to an increasingly decentralized world will be seen as significant a historic moment as the emergence of the industrial revolution. I will write about this transition in a future blog post.

To learn how this transition is taking place where you live and work, start asking these three questions in conversations with people.

2- Do our people feel respected by those for whom they work and from those whom their work benefits?

3- Does the company understand what its impact is?

If there is any doubt, then your organization is in transition. It needs a strategy of embracing the ‘persistent, residual culture of the network of relationships’ in the company.

The three questions correspond to the three dimensions of leadership of the Circle of Impact. If any of the three is problematic, then focus on how the other two dimensions can act as resources for change. If more or all are in chaos, then choose the most critical one and seek change which brings alignment of all three to a new understanding of what impact is to be.