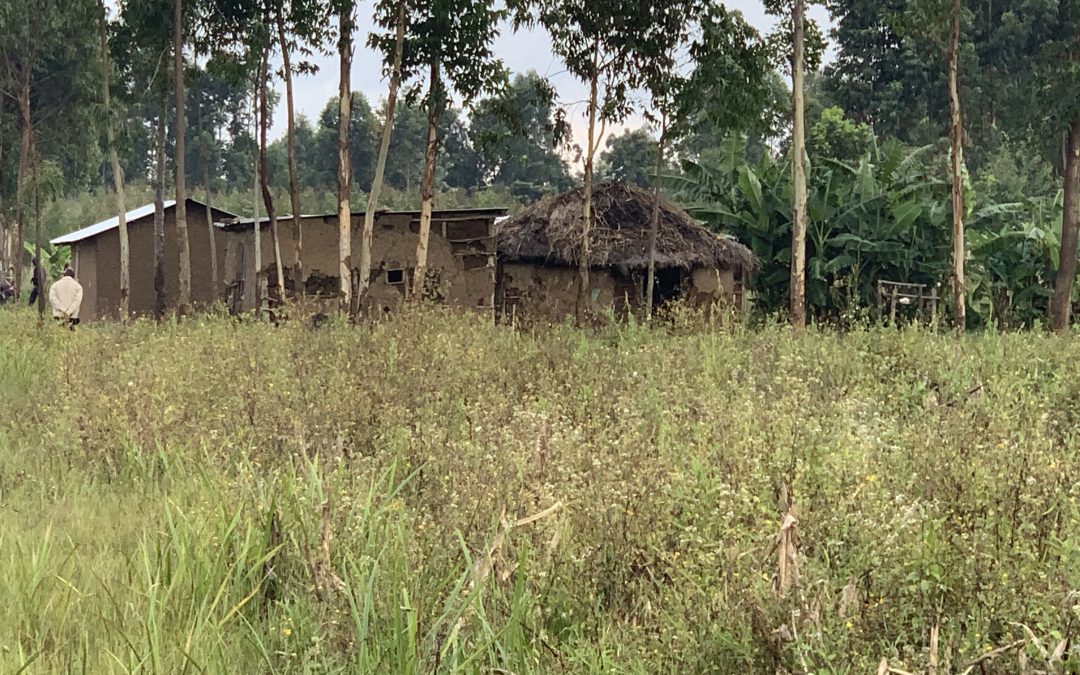 The world is in transition. One of the ways to understand this transition is as Two Global Forces pushing and pulling against one another. If you travel, and you are an observant person, you can see this transition as you do.

In December, I made my first trip to Africa. I went to train 40 men and women from eight African countries in the principles and skills of the Circle of Impact. They were part of a learning cohort being taught how to do rural economic development. The outcome is that they are learning to establish organic, sustainable farms. One of the couples from Kenya, who have been involved in this work for almost a decade, have helped people in their region create over 700 of these farms. The experience left me with a new appreciation for what I’ve called the Two Global Forces. 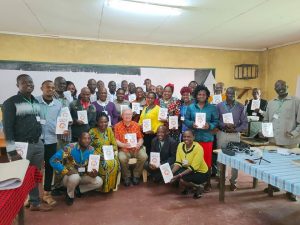 The added value of my training is that they learn to take responsibility for all aspects of their local communities. They are learning how to be independent, self-sufficent and create local networks of relationships. It does not matter what their background is, their current employment status or their age. They learn that they can be persons of impact creating stronger, healthier communities. It rises from their own innate desire to make a difference that matters. Out of their work will emerge the new ideas for sustainability which will secure a more prosperous future for their communities.

Entering a world that is dramatically different than my own, as I did in going to Africa, things stand out. Traveling in the rural areas, seeing motorbikes used to haul goods. Harvested agriculture products spread on the ground beside the highway ready to be loaded to be taken to market. People living in extreme poverty. Our training group, above, visited a hundred-year-old man, who was homeless because he had outlived his family. When they had met him last August they moved into action to find him a place live. Seeing him after four months living in a simple mud hut, the members of the remarked about how much healthier he was. This experience showed me the power of local communities to mitigate the effects of poverty. Through these experiences and more, the Two Global Forces took on a deeper, richer meaning.

Kenya is a microcosm of The Two Global Forces as I wrote about in Circle of Impact: Taking Personal Initiative To Ignite Change.  I could say the same about Jackson Hole, Wyoming where I live. But in a totally different way. In my book, I describe these two forces as the global force of centralized institutions of finance and governance and the global force of decentralized networks of relationships. These two forces exist in dramatic tension. It would be nice if they could exist in a balance, but that is not how our world now functions, These two forces push and pull against one another on both a global and a local scale.

As I processed what I was seeing, it became increasingly apparent that the rationale that led to the formation of these global institutions of finance and governance a century ago is losing credibility. The assumption that centralized control is required for progress to alleviate hunger, poverty, war, and disease is less and less certain. Even as extreme poverty has dropped worldwide to below 10% (Watch Hans Rosling’s Don’t Panic End Poverty to learn more.), the human effects of poverty remain.

The problems remain because they are not simple ones. They can’t be resolved by pumping billions of dollars into the centralized administrations of developing countries. Instead, these global issues are personal and social. The global crisis surrounding the coronavirus is a case in point. The issues related to global health are far more complex today than in the past. They are because the world is constantly moving, crossing continental and national boundaries. Five hours before my plane landed this week in Nairobi, a young man traveling here from China was not allowed to enter because he was running a fever. He remains in isolation until local health authorities can determine whether he is a carrier of the virus. As this situation shows, ultimately all global problems become local ones. What is needed is not more top-down control, but greater capacity for local people and institutions to act quickly to address problems that arrive at their doorstep.

This is the tension point of the Two Global Forces. Individuals fall through the cracks in systems that are designed to be administered and not designed for the individual. It is like the difference between management and leadership. Managers administer programs. Leaders take the initiative to create change. A person can do both. But they are not synonymous. All global problems are local problems but not all local problems are global ones? The question to answer is “Who, then, is responsible? Who is ultimately accountable for the health and welfare of each local community globally?”

A global crisis of credibility is before us. All I have to say is Donald Trump, Brexit, Hong Kong, Ukraine, Iraq, Afghanistan, Iran, Syria, and Russia, and we know that these are instances of some great, historic transition that the upper strata of most countries believe are taking us in the wrong direction. The list of transition moments grows every month.

These crises are pictures of the declining credibility of global centralized institutions. These systems of finance and governance are not perpetual and eternal. They are instead like every other living system, subject to the processes of growth and decline. The answer is not to get rid of those institutions, but rather to renew them through deep critical conversations about purpose, vision, values and the impact to be achieved. By impact, I mean what changes. When extreme poverty was at 40%, it is easy to set a goal of lowering it to below 10%. However, once we’ve solve that problem, where do we turn. I believe we turn to our networks of relationships where genuine accountability can be grown. Accountability depends on structures of respect and trust, transparency and honesty. These can only be achieved where we have direct relationships with the people whom we serve. This is why all global problems are local ones.

Two Global Forces illustrates this tension point. In his essay, A Time To Creatively Destroy, about the relationships between these two forces described in terms of mainstream institutions and subsidiary ones, Leo Linbeck III concludes,

Intimate, person-to-person, local-oriented philanthropy is harder than just writing a check to an established high-profile institution. But that is the work that desperately needs to be done. At a time when many large-scale institutions are broken beyond repair, philanthropists should move their investments to new places, think small and local, take risks, salvage the best old institutions, and build fresh ones that better address the problems bedeviling the massive middle of our society, rather than the luxury causes of our ruling class.

This is precisely what I see transpiring everywhere I go. People are increasingly stepping up to address the small local issues which make their lives problematic. This is not a new development. It is rather how all communities function on a small scale.

The Circle of Impact Africa Moment

After my first visit to Kenya a month ago, I left with the impression that they are ahead of the curve. They are already working to strengthen their local communities because they recognize that federal government programs will never be sufficient to the need. If this is so, then Western nations are behind the curve. Before I left to come to Africa, one friend said to me, “You realize that Africa will lead the world in the future. ” I now see what he means.

For this reason, there is a Circle of Impact Africa Moment being is happening right now. It is reflected in the openness of the people to embrace their American M’Zee (Swahili for Old Man.) as their friend and colleague.

Going forward men and women, like those above, will be trained to be persons of impact who care for their communities. For each of them, their training will encompass Circle of Impact’s Five Principles.

Consider the difference that would happen if even 1 percent of your community or city lived this way. For that to happen requires people to begin in the smallest possible social organization, master the skills of the Circle of Impact, and then expand from there.

The opportunity for African is already here. All they need is some training and support as they expand their reach to make a difference that matters right where they live. I wonder when communities in America will be ready to catch up with what I see here as the Circle of Impact African Moment.

If you want to know more, first read my book, Circle of Impact: Taking Personal Initiative To Ignite Change. Second, reach out to me and let’s talk about how I can support you in learning to be a person of impact. Third, go to my website, and sign up for my monthly newsletter, Circle of Initiators.